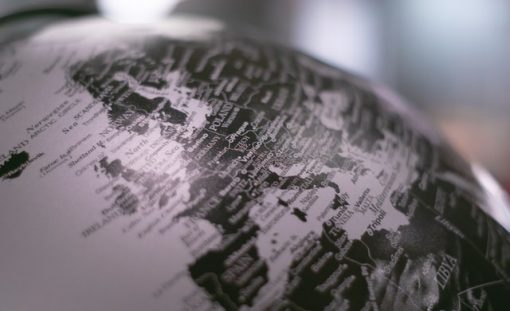 ‘Migration policies are fixated on this issue of failing integration’

Prof. Eleonore Kofman has pushed the boundaries of migration scholarship for the past three decades. Her research on family migrations, skilled migrations and care and social reproduction has brought attention to key issues in academia and policy. In her keynote speech at the HumMingBird Expert Workshop Mind the Gap: Critical perspectives on migration theories and data, she explores emerging entanglements and configurations of familial migration.

In a follow-up conversation with Damini Purkayastha (VUB), Prof. Kofman discusses how to translate these new theoretical approaches into data collection, why migration policies seem to be missing the big picture, and how interdisciplinary migration research can stay relevant.

You talked about the idea of “familial” connections and motivations, even moving away from terms such as “family”, terms that might inherently have some fixed implications. We also see the idea of “mobilities” as better representing dynamic movement and life choices that we encounter in the field. How can we translate these conversations about enmeshed motivations and fluid mobilities into better data collection or better representation of real experiences?

Well, I think that a certain amount of research on that has already been done. It’s a matter of how you approach things. First of all, are you doing it through qualitative methods? It’s something that can also be done with quantitative approaches. It depends on what questions you ask people. If you don’t say, for instance, “did you come in as a family migrant or a labour migrant”, but ask them, instead, “how did you come in?” Give them the opportunity to look at whether there has been a shift in their status, because quite often there has. I often give this example to my students. That they may come in as students, they may also be working because most of our overseas students and European students all work because they can’t survive otherwise. So, they are then student-workers, which is a hybrid category. It is also possible that then they meet somebody; could be another British person or a person of another nationality, who may be a citizen of migrant origin or a migrant like themselves and they may decide to settle in the country. While their status is constantly changing, quite often migration research will only ask them the first step. But there’s no reason why, you know, you only asked somebody their first steps, especially as researchers.

Do you think we can make the space for this sort of dynamism in data collection?

In data, yes. Because increasingly we have much more sophisticated data systems, so it depends on the questions we’re asking. It’s just that if we talk about policies, it becomes more difficult because states don’t want necessarily to have this complexity. So, you have to be one or the other category when you come into the country. You have to be one or the other, but there’s no reason why as researchers and those of us who contribute to or are trying to contribute to policy couldn’t say that reality is much more complex and take that into account. And of course, with skilled migrants it’s easy to see that sort of complexity because they can, in so many countries, bring in an accompanying spouse. This accompanying partner can be equally in the workforce as the person who’s coming in under a work visa. When we talk of a skilled migrant we’re talking about the level of education, and very often, the person with a tertiary degree is with another person with a tertiary degree. Canadian statistics are very good on that. In Australia, I like the way that they said, well, ¨with a skilled migrant we get two for the price of one”.

It’s been 20 years since you first brought up how highly skilled female migrants are “invisible” – both in policy and academia. A lot of research on this has followed since and yet the conversation still seems just as relevant. What are some of the positive changes you have noticed since then and what would you recommend young researchers focus on today?

I can say this, there is totally insufficient research on skilled female migration. And I would say it is gendered relations, because in the paper which Parvati (Raghuram) and I did in 2005, one of the things we talked about is the way that men are seen as economic and women as social. There is that sort of baggage. Even the skills are seen, I think to some extent, in that respect. It’s a bit controversial to say it, but I think it’s a fixation. When we do gender migration, particularly in Europe, there’s a fixation on domestic work and care. Even in the less skilled sectors, we have virtually no work on the hospitality sector, which is equally important. There are probably more women working in hospitality, like in hotels and restaurants, than there are actually in domestic work and care. Linda McDowell is one of the few people who has actually done work on that kind of other low skilled sector. There is such a focus on domestic work and care, in both skilled and less-skilled groups. When you look at the skilled sectors, most of the work is done on nurses which is again a highly feminised sector. Going back to Parvati’s work, one of the things she was eager to look at more than 10 years ago was at women who are not working in feminised sectors, like IT for instance. Or, doctors. Doctors have now become highly feminised in the last 10-20 years. But for some reason or other, in the gender migration literature, there is just so little. I would say that’s still the situation.

In terms of policy, if you look at most European countries, they have now shifted and there’s no problem in allowing educated spouses of skilled men and coming in. Or women who come in as skilled migrants and bring in a spouse, that’s another thing which we need to remember because, that is also happening. But the policy is not preventing it happening. It’s more the case that our intellectual curiosity is not grappling with it. We still assume, for family migrants, that they’re not entering the labour market which is complete rubbish.

There is some tension in family migration policies though. On the one hand we see policies try and accommodate complex/new familial combinations arising from same-sex partnerships, divorce, adoption, co-parenting. On the other hand, there is a paranoia regarding the more traditional family.

Well, I think that one of the problems is with family migration policies as such. They are still, and this is true in large parts of Europe, fixated on this issue of failing integration. So, the family migration policy is premised on the problematic spouse. While women are also bringing in men, something to the order of 60% of accompanying spouses are women. There’s still the idea of this failing integration, which means that we have to have very rigid policies to prevent these so called poorly performing migrants to come in. So, integration in a sense in all of these countries in North Western Europe dominates, and the assumption is that what we’ve got to prevent these people who are refusing to learn the language, you know, who are living in patriarchal households… it is these kinds of ideas, especially about Muslim women, that dominate these premises.

The HumMingBird Project brings together many academic approaches; sociology, ethnography, statistics, geography, Big Data studies, communication sciences to name a few. Do you think such an approach needs a disciplinary backbone? What are some of the advantages and pitfalls of such a broad perspective?

The HumMingBird Project is an interesting example of how interdisciplinary approaches can come together. It’s great having a such an approach and that’s certainly where research is headed but having different disciplines on board certainly poses its own challenges. At the outset, you can have multiple disciplines but there needs to be a shared understanding of migration at the centre. What it brings up is that you need to bring people on board in a way that they understand what the developments have been in different fields and how to bring these ideas into their work. Or you might end up with fundamentally different ideas between, for instance, sociology and economics. Also, there have been huge debates going on regarding sociology, anthropology, ethnography and about migration theories, how we should do the fieldwork, all kinds of things. It’s important to take all these ideas on board moving forward. I am an advisor on another project, which is also interdisciplinary, and the focus is on gender. What they have done is created a Gender Committee, so we have a plan to create a document that goes through ‘how is gender relevant to migration’ and everyone will be given that. Something simple and short that can be handed out to everyone. Maybe that’s one way to go about things.

That’s the challenge with internal communication. We also face some limits with external outreach. Something that often comes up in projects with outreach partners or aims is that migration research tends to be passive and reluctant to participate in policy advocacy. Would you say that is the case in your experience and to what extent is activism compatible with our role as researchers?

I don’t see that an aspect at all… I think it differs in different countries. But certainly, there’s always been a lot of pressure in the UK to be policy relevant. The report that we did which was used against the minimum income requirement was in fact done for a government agency. And I’ve been involved with the Joint Council Welfare for Immigrants for a long time. I have never had a problem wearing an activist’s hat or a being an academic. When it comes to being involved in changing policies or being at the activist end… yes, at times you have to say, stand on the side-lines, but there is nothing stopping you becoming involved with an NGO as such.

Prof. Kofman is Professor of Gender, Migration and Citizenship and co-Director Social Policy Research Centre, School of Law, Middlesex University, UK. She is on the Board of Directors and Executive Board, IMISCOE (Immigration, Integration and Social Cohesion in Europe), Joint Editor in Chief, of the journal Work, Employment and Society and Visiting Professor, LSE Institute of Global Affairs