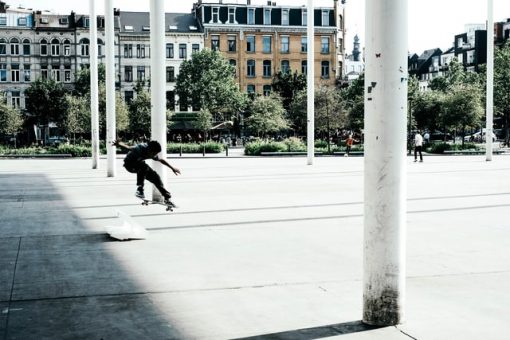 Ethnic minorities discriminated against in almost 1 in 5 cases; wheelchair users in 1 in 3

Professor Pieter-Paul Verhaeghe, Billie Martiniello and Abel Ghekiere of the Department of Sociology of the Vrije Universiteit Brussel investigated discrimination in the professional rental housing market in Antwerp. This was an academic baseline measurement with practical tests commissioned by the Antwerp city council. The results showed structural discrimination against ethnic minorities and wheelchair users, but not against persons with a mental disability, nor against lesbian or gay couples.

Between October 2019 and October 2020, the researchers examined discrimination by estate agents on the basis of 3,481 academic correspondence tests. They responded to real rental advertisements on property platforms, such as Immoweb and Zimmo, each time with two fictitious rental candidates : the test person had a characteristic against realtors could discriminate (e.g. a Moroccan- or Congolese-sounding name, wheelchair use or a same-sex relationship) and the control person did not have this characteristic. In all other aspects, the test and control subjects were identical. The reactions of the real estate agents by email, text message or voicemail were afterwards recorded. Private landlords in Antwerp were not tested in this study.

Not all estate agents discriminate equally against ethnic minorities

These correspondence tests showed that real estate agents in Antwerp invited significantly fewer candidates with a non-Belgian name for a property viewing than those with a Belgian-sounding name. The net discrimination rate was 19% for men of non-Belgian origin and 15% for women of non-Belgian origin. “Compared to the other cities tested in Belgium, real estate agents in Antwerp are not especially good, but also not especially bad when it comes to ethnic discrimination,” explains Professor Pieter-Paul Verhaeghe.

Discrimination against wheelchair users with much uncertainty about reasonable accommodation

The correspondence tests also showed that wheelchair users find it very difficult to rent a dwelling in Antwerp. The net discrimination rate for this group was 36%. Candidates who use a wheelchair often ask to be allowed – if necessary – to make ‘reasonable adjustments’ to the dwelling at their own expense (e.g. installing a stairlift or lowering light switches). These ‘reasonable adjustments’ are protected by law and ensure that people who are physically disabibled can participate in society as full citizens. The analysis showed that estate agents often do not like these reasonable adjustments. “Sometimes there were good practical reasons for a refusal, but often it was also ignorance of these reasonable adjustments or gratuitous refusal without motivation,” says Professor Verhaeghe.

No discrimination on the basis of mental disability and sexual orientation

Finally, the correspondence tests showed that real estate agents in Antwerp do not discriminate against people who are mentally disabled and against same-sex couples. These candidates were just as likely to be invited to view a property as other candidates.